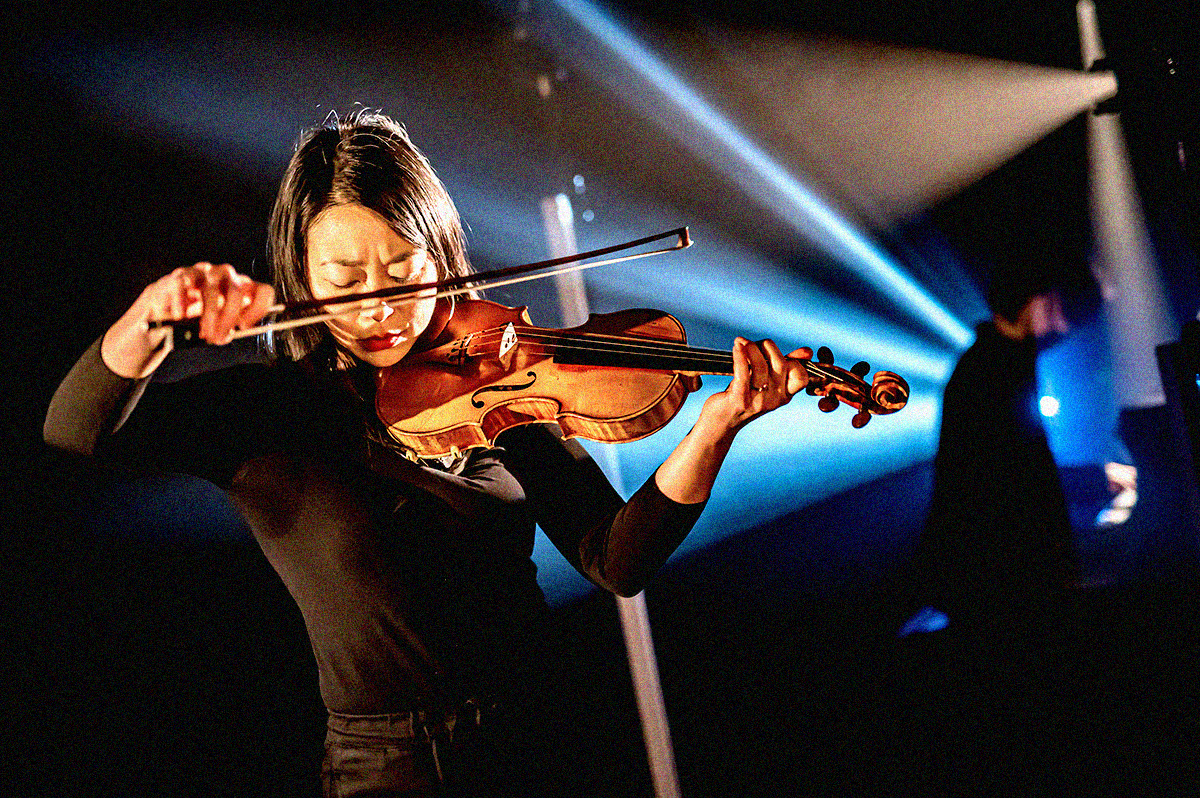 Speculation takes the audience through stages of grief, vision loss and silence. The music of Beethoven and John Cage, and experimental projections accompany an immersive storytelling of the artist Leslie Ting’s witnessing of her mother’s vision loss and eventual passing.

Ting brings her unique experience as a former optometrist and now a professional violinist, by interweaving a monologue with live performances to tell this mother-daughter story of loss and listening.

In this digital re-imagination of Speculation, the production has brought on experimental filmmakers Elinor Svoboda and Zachary Finkelstein to explore “visual memory”.

*Please note: Speculation will feature both pre-recorded and live material. The live portion asks audiences to choose if they want to participate in a phone-in feature for a part of the show. This feature is ONLY possible at show time and will NOT be available for any re-streaming of the show after the live performance date. It’s important to note that this feature is totally optional and not participating does not compromise the overall experience of the show.

4’33 by John Cage was licensed by arrangement with C.F. Peters Corporation, New York

Founded in 1968, TPM is Canada’s original alternative theatre company, currently developing and producing new Canadian plays. TPM is striving to articulate a distinct Canadian voice that reflects the complexity of our intercultural society. TPM believes there should be a more diverse representation of artists, audience members, and stories in our theatre. TPM aspires to be a leader locally, nationally and internationally in establishing, promoting, and embracing collaborative and inclusive theatre practices. We do this so that we can support and ignite the voices of unique artists, communities and audiences.