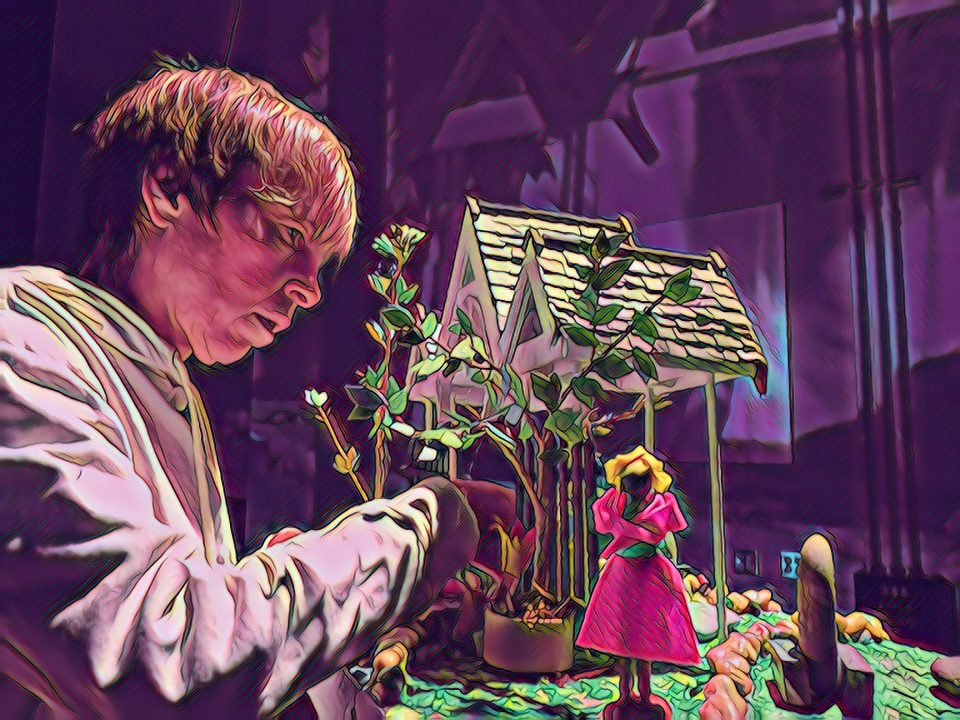 Registration is full, email mariah@spiderwebshow.ca to get on a waitlist!

Reimagining and remixing May I Take Your Arm for digital presentation led us to ask: What is theatre? What is essential for theatre? When is theatre happening? What are the new opportunities?

ALEX BULMER | Co-creator and Performer Bulmer (she/her) has worked internationally in theatre, film, radio and performance art for over 25 years. She has worked with organizations including the CBC, National Theatre of England, The National Arts Centre of Canada, Graeae Theatre Company, and the London 2012 Olympics. She is writer of the AMI award-winning BBC radio 4 adaptation of The Hunchback of Notre Dame, writer of SMUDGE, which earned two Best New Play nominations in Canada and was Time Out’s Critics’ Choice during its U.K. premiere, and co-writer of the BAFTA-nominated U.K. television series Cast Offs. Alex is co-founder of Invisible Flash UK , Artistic Director of Cripping The Stage in association with The British Council, and co-Artistic Director of Common Boots Theatre. Currently Alex is lead curator for Brave 2021 Festival: CoMotion, an International Disability Arts Festival produced by Harbourfront Centre.

ANNA CAMILLERI | Co-Creator & Environment and Installations Designer Camilleri (she/her) has been working with performance, image, and text for over 25 years. Her inquiries span social practice, multi-voiced narrative, and the public imaginary. Anna is founding artistic co-director of Red Dress Productions (RDP) with Tristan R. Whiston. Anna is engaged as a visual artist and designer with tactile and sculptural works, expressed primarily through more than 20+ socially engaged, site-specific public artworks across Ontario. Anna was 2018 artist-in-residence in the Department of Arts, Media, and Culture, University of Toronto, artist alumni of the juried 2019 Intergenerational LGBT Artist Residency, and is a 2020/21 Toronto Arts Council Cultural Leaders Lab fellow. Camilleri’s book publications have been recognized with distinctions from the LAMBDA Literary Foundation, Association of Independent Publishers, and the American Library of Congress.

TRISTAN R. WHISTON | Co-Creator & Sound Designer/Editor Whiston (he/him) is a multi-disciplinary artist who has worked in Toronto for 27+ years as a director, dramaturge, writer, performer, and community artist. With RDP, Tristan co-led 25+ community-engaged arts projects including Drift Seeds, (a site-specific performance with a cast of 150+) and co-created numerous interdisciplinary arts projects including May I Take Your Arm, Where There is Smoke and trace (with Moynan King) that toured Canada in 2015. Tristan’s work as an audio artist has gained him international acclaim and attention; most notably, his work, Middle C, won the 2007 Premios Ondas Award for International Radio. Tristan was artist-in-residence at Central Toronto Youth Services, directing Gender Play (2004-2010) working with LGBTQ youth to explore issues and experiences of gender, and, most recently, Transcend, a group exploring gender through art and activism (2012-2017).

KATIE YEALLAND | Live Video Animation Yealland (she/her) has worked as an electrician and camera operator in commercial film production since 1997, however she is primarily a grip (film technician). Katie has worked with Red Dress Productions since 2010 as a (still and moving) photographer, technician, and technical director.