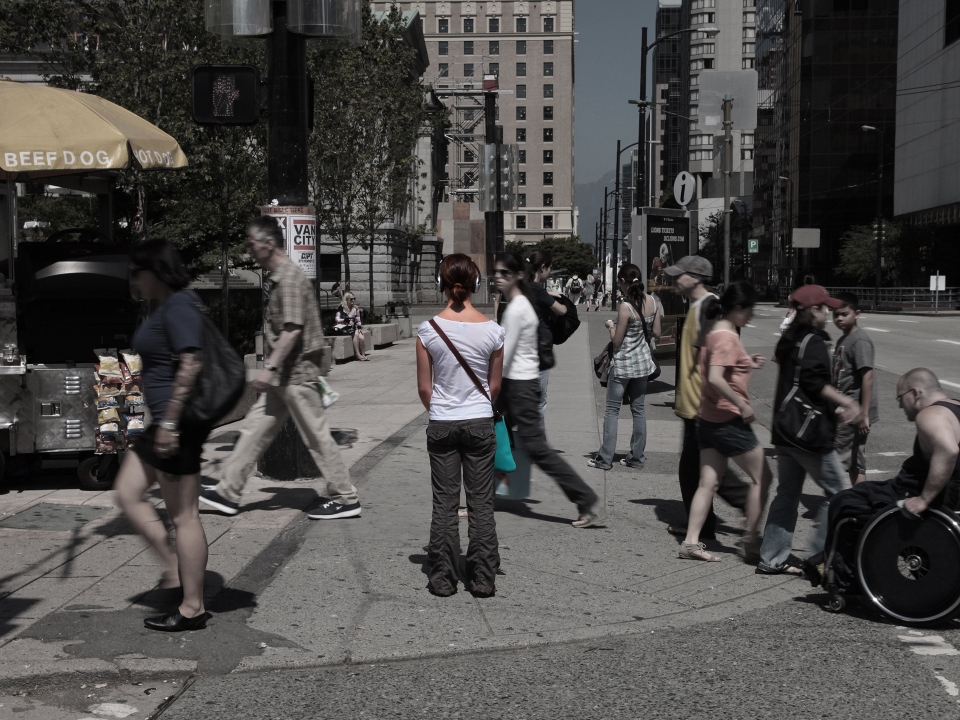 PODPLAYS 2020: Theatre to the Power of One

A decade ago, we used emerging digital technologies to explore and transcend the confines of typical theatrical performances to create PodPlays. These intimate, site specific audio plays for solo participants, use story, music and directional cues to transform the experience of moving through city landscapes. Now, ten years on and amid a pandemic filled with much online (dis)connection, isolation and loneliness, we are relaunching these works and considering the power of active aloneness and quiet contemplation at the heart of PodPlays. How will our experiences of these stories through familiar urban spaces be transformed yet again by time, memory and this unprecedented historical event we are living through?

The following six podplays will be available to stream from June 10-20.

Want to experience PodPlays but don’t live in Vancouver? There will be a Walk Party Saturday, June 13, 4-5 PM EDT. More details coming soon.

FIVE MEDITATIONS ON THE FUTURE CITY

Set in the downtown eastside, this podplay begins at Metro Vancouver Pump Station on Carrall and Alexander and guides the listener on a walkthrough Crab Park and on a search for the edge of time.

A long, steady walk along the industrial waterfront by the Helijet and Seabus terminals, this podplay takes you into the underbelly of the new convention centre. A reminder that the world is at our feet.

ASHES ON THE WATER

The story of two women divided by cultures and how the devastation of Vancouver’s Great Fire of 1886 brought them together – and gave voice to a song. This podplay travels from the North End of Main Street to the beach in Crab Park.

DOG OF YOUR UNDERSTANDING

Harvey has been waiting more than 140 dog years since he was told to ‘wait here’; his master is calling but why should he come running now? Set in Vancouver’s West End starting at Burrard and Nelson and ending in Nelson Park, this podplay remembers Dr. Peter Jepson-Young through the eyes of his guide dog, Harvey.

Two men–one from Vancouver, the other from New York–meet for a casual hook-up that evolves into a passionate, unconventional relationship that unfolds in two different cities over the course of eleven years. An evening stroll in starting near Richards and Robson and ending at Emery Barnes Park on Davie.

ASHES ON THE WATER, DOG OF YOUR UNDERSTANDING, AUTHENTIC were developed and produced with support from the City of Vancouver’s 125th Anniversary Grants Program and the participation of the Government of Canada.